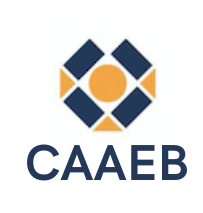 MED-JUD CLAUSE - The parties, expressing their wishes freely, decide to establish that the disputes arising from the execution of this contract must be resolved with the use of the appropriate means of out-of-court dispute resolution (self-composing and / or hetero-compositive).

SOLE PARAGRAPH - The parties, by mutual agreement, elect the AEB Mediation Center on International Trade - CAAEB, with headquarters at Street General Justos, nº 335 / 5th floor, city of Rio de Janeiro – RJ - Brazil – Zip Code: 20.021-130, to administer the procedure extrajudicial conflict resolution, be it mediation or assisted negotiation, adopting the rules of its internal regulations and ethical rules in force at the time of the controversy. In the event of mediation, conciliation or negotiation, the indication may be made by the parties or a list of at least 05 (five) professionals, among the members of the CAAEB mediators and negotiators, in the case of an international procedure, the language used will be English. It being certain that the procedure will be initiated, in any case, within 30 (thirty) days, counting from the appearance of the controversy, as provided for in articles 2, §1 and 22, IV of Law nº. 13,140/ 2015.

The Court - If the attempt to compose through the CAAEB is unsuccessful, the parties elect the District Court of the State of Rio de Janeiro (or the State of preference) for the appropriate judicial measures.